Pall in the family: Glenmore shoulders on in the wake of embezzlement
Saturday, January 30, 2010

Pall in the family: Glenmore shoulders on in the wake of embezzlement 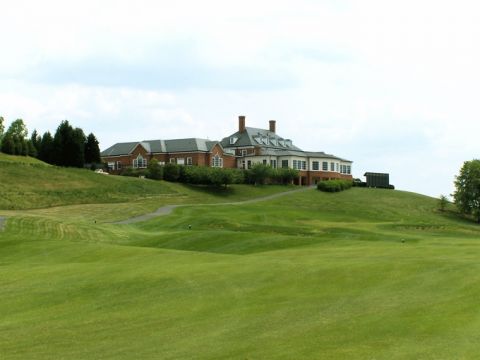 The clubhouse and golf course at Glenmore are up for sale in the wake of an embezzlement by a member of the family that owns the club.

Glenmore, just outside Charlottesville, VA, and one of my favorite communities, has been living a nightmare since last July with the news that a family member had embezzled $700,000, mostly from the coffers of the homeowner’s association but a portion from the golf club as well.  Mike Comer, 45, both the president of the Glenmore Golf Club and treasurer of the HOA, disappeared in July after being called to a special meeting with Glenmore officials to discuss irregularities in the community’s balance sheet.  He was found a month later, arrested and indicted in September.

Comer is the husband of former Glenmore director of golf Kandi Kessler, daughter of the

The son-in-law of the developer skimmed a reported $700,000 from Glenmore's HOA and golf club.
late Frank Kessler, a revered local businessman who developed Glenmore.  Mr. Kessler had a well-earned reputation for fair dealings as well as a conservative approach to financing.  The goodwill he built was transferred to his surviving family members, so much so that the homeowner’s association members had never pushed for an audit of the organization’s finances until this past summer, when HOA leaders noted the financial inconsistencies and invited Comer to the meeting he never attended.

The family has paid back half the money lost and has pledged to return the rest by this August.  A few developer lots remain in the almost totally built community, and the family has reportedly pledged to sell them if necessary to cover the balance.  Because of the humiliation brought upon them and a loss of appetite for managing the club, they have put the golf course and clubhouse up for sale.  According to people I know at Glenmore, two potential buyers have emerged, one a wealthy resident of the community.  The club’s value is estimated around $4 million.  Homes in Glenmore are priced generally in the mid- to high-six figures.

Glenmore's John LaFoy golf course is links style, in keeping with the overall Scottish theme in the community.

With all the tumult, Glenmore is in better shape financially than you might think.  On-site real estate sales director Tom Pace told me that he has seen more potential buyers visit the community in January than in the entire second half of 2009.  The homeowner’s association had enough in reserve to cover expenses in the short term; residents saw their annual dues increase to a modest $797 from $766.  Residents in dozens of troubled communities in Florida and elsewhere only wish their dues had gone up $31. The Glenmore Club, which charges $20,000 for initiation fees per couple and a modest $500 per month in dues, lost a handful of members to nearby Keswick Club.  The Keswick clubhouse is a baronial work of art, but its Arnold Palmer golf course is much fussier than the classy John LaFoy layout at Glenmore.

Glenmore has handled the embezzlement by being upfront and forthright about it.  Before they toured the community, a couple I referred to Glenmore met with Tom Pace who informed them of the embezzlement and explained the steps Glenmore was taking to weather the storm.  That is precisely the way to handle it.

The Glenmore family may be shattered, but family values seem to have survived intact.
Read 4858 times Last modified on Friday, 27 September 2013 11:29