Fortune magazine’s June 12 issue features “5 Best Places to Retire.”  Greenville, SC, is one of them.  The magazine cites the city’s 30-year downtown revitalization program, as well as the stability of its real estate market and change of seasons (although the changes are not dramatic, and you can play golf in Greenville virtually year round).  The Palm Coast of Florida, San Antonio, Ann Arbor, MI and Napa, CA also made Fortune’s list.

Except for the deluxe Cliffs Communities, the Greenville area is not abundant with private, gated golf communities.  The closest Cliffs Communities to Greenville are The Cliffs Valley in Travelers Rest and Cliffs at Glassy in Landrum.  The Cliffs Valley course is the only design by former golf commentator Ben Wright, who put together a playable, if not dramatic, routing.  Glassy, by Tom Jackson, provides all the drama and 50-mile views any player can hope to encounter in the course of a round.  Farther afield are the Cliffs communities surrounding Lake Keowee, about 45 minutes from the city, with courses by the likes of Fazio and Nicklaus.  Keowee Vineyard (Fazio) is one of the best in the golf-rich state of South Carolina, in this reporter’s opinion.  Prices at The Cliffs begin in the high six figures, but $1 million plus is more the standard. 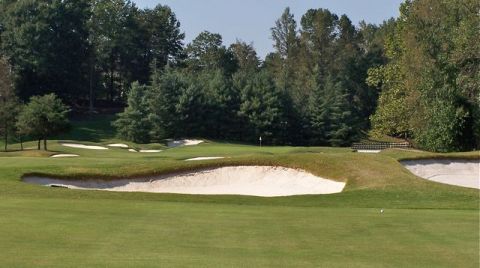 Members and the golf professionals who play it annually at the BMW Charity event on the Nationwide Tour rave about the Thornblade Club.

You can spend less in the neighborhoods surrounding the Greenville Country Club but still feel like a million bucks when it comes to golf.  Greenville CC is the oldest club in town, one of those classic layouts of which its new and long-term members never seem to tire.  For a more modern but still classy experience, they can turn to their “newer” golf course, The Chanticleer, a 1970s Robert Trent Jones Sr. gem.  Home prices run the gamut, from under $500,000 for a nice older home to well over a million for big and fancy.

We are unabashed fans of The Thornblade Club and its surrounding community, not least because the course is a classic Tom Fazio layout that is unfussy without being simple.  The course is good enough to host the pros for the final round of the Nationwide Tour’s annual BMW Charity event, and the neighborhood is good enough to be home to successful pro golfers Jay Haas and Dottie Pepper.  U.S. Open champ Lucas Glover learned to play at Thornblade; lucky for him his grandparents owned a home on the course.

A bronze statue of Greenville native Shoeless Joe Jackson, who many believe got a raw deal in the famous 1919 Black Sox baseball scandal, stands sentinel in downtown Greenville.  In recent years, Jackson’s reputation has enjoyed a significant renaissance.  Ditto for his hometown.

I work with an experienced real estate agent who knows well all the Greenville golf communities.  Contact me, and I will be happy to put you in touch with him or answer whatever questions you have about one of the hottest towns in the southeast. 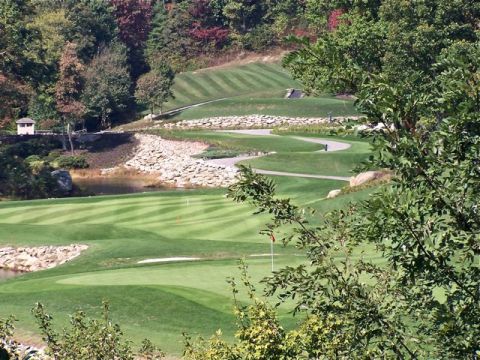 On all their 18s, The Cliffs dresses everything to the nines.  Tom Jackson's layout at Glassy is high on drama and scenery.

More in this category: « Second nine at Windermere CC saves day Plane fact: Southwest Airline service should boost Greenville, Charleston »
back to top
Back to Top