Airline service can make or break a local economy, especially one that relies heavily on tourism.   For example, Myrtle Beach’s economy, which is almost totally reliant on visiting golfers and beachgoers, is forever courting airlines to fill the gates at its international airport (international because of a few flights from Canada).  Convenient airline service between north and south is also a spur to vacation home sales in southern communities.  And for retirees with children and friends up north, good north/south airline service can tilt the decision to buy a golf community home in one area or another.

Greenville, SC, took a big step forward in that regard when Southwest Airlines, arguably the most stable and reliable of all airlines, announced that it would begin flying into the city’s airport in 2011.  The airline also announced new service to Charleston as well.

This is good news for your editor who currently lives in Connecticut and flies out of Bradley International Airport (international because of a flight to and from Toronto).  Virtually every flight south involves a change of planes in Charlotte or some other airport and fares of more than 4300.  Soutwest should put some competitive downward pressure on prices.

Greenville is one of the most attractive towns in the south, with a full range of services without the atmosphere of a big city.  Golf communities in the area include The Cliffs Communities, Bright’s Creek, Greenville Country Club and the neighborhood surrounding the fine Thornblade Club in Greer.  The large BMW plant in Spartanburg and all the subcontractors that support it add stability to the area’s economy.  Southwest Airlines service will add a dose of that as well. 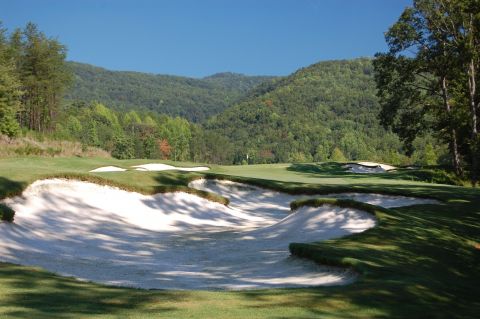 More in this category: « Fortune smiles on Greenville, SC Former bank CEO bailing out of beautiful South Carolina golf community home »
back to top
Back to Top