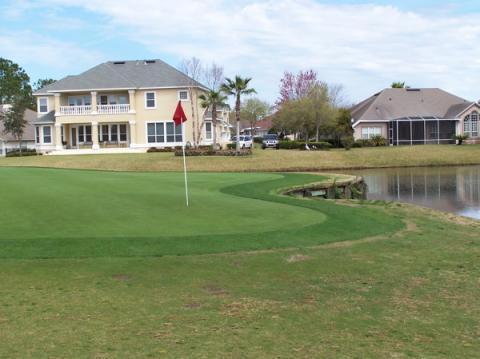 Jacksonville, FL, median home prices are down more than 10% in the last year.  Prices for homes in the golf and boating community of Queens Harbour begin in the $400s.

Professor Robert Shiller, he of the noted and useful Standard & Poors Case-Shiller Index, gave a speech in New Haven, CT, the other day (story in Hartford Courant).  He predicted that home prices nationally could sink 30% before the current housing crisis abates.  Although many economists and certainly the Pollyannas at the National Association of Realtors do not agree with the good professor, his prediction is not to be trifled with.  The man was unerring in his prognostication of the dot.com bust in 2000 and the current housing meltdown.  When he talks, savvy people listen.
His comments are more bad news, of course, for those who own homes they want to sell in the near future, and particularly rough on those psychologically bound to what their homes were worth three years ago.  If Professor Shiller and

Just how long will baby boomers defer their retirement dreams?
other like-minded experts are right about the next few years, it could take a decade or longer for prices to move back to their former lofty levels.  And the longer that baby boomer tsunami holds off selling and moving south, the longer the crisis will last. This has been my overriding question for the last two years:  Just how long is this generation going to defer its retirement dreams?
Another year or two may be too long for some.  Take the example of the purely invented George and Martha Jones.  They purchased their home in the suburbs of Boston, MA, 20 years ago and raised their two kids there (George worked in the city, Martha stayed home to be with the kids full time).  Their favorite vacations were in the Orlando area, and they have been planning to retire there for the last six years.  George will retire this July with a nice pension and a fair number of unexercised stock options in a company whose share price has increased over his two decades on the job.  They bought their home in 1988 for $200,000 and, at the height of the market three years ago, had it appraised for almost $750,000.
Last week, a neighbor who was forced for personal reasons to relocate sold a home similar to the Jones' for $625,000.  A local real estate friend told Martha and George their home would fetch about the same price.  They were appalled at the estimate but heartened that the supply of homes in Boston is currently only seven months (true figure).  On the other hand, prices in the area have dropped more than 8% (also true) in the last year.  In addition, according to Moodys, employment prospects in the Boston area for the next two years are "very weak" which, of course, will affect home prices.
The housing market in Orlando is even worse, with prices having plummeted 19% since last year and a 21-month supply of unsold homes indicating it might get worse.  The employment outlook for Orlando, according to Moodys, is just "average," which is a good sign (bless you Disney World). Median prices for homes in Orlando are much lower than in Boston, and the Joneses could find themselves a darn nice house for $600,000.  So, with their kids off on their own and a net from their home of more than $400,000, what do the Jones' have to gain by waiting any longer to sell their home and move to Orlando?
Nothing, really.  True, Orlando prices could continue to drop, and the Joneses may be able to pick up a home there in a few years for a lot less than they can today.  But the value of their home in Boston will continue to erode as well, and maybe more than Orlando real estate if those high-tech companies along Massachusetts' Route 110 continue to lay off employees or if the Jones' baby boomer neighbors decide they are happy with the few hundred thousand dollars gain from the sale of their homes.  That would put even more homes on the market.
There is no reliable way to time the housing market from a financial standpoint.  Those who can get past what their homes were worth just a few years ago, get the best possible price in the current market, and move to the place they have been dreaming about for years will emerge from the housing morass with their heads held high and their pocketbooks intact.  Holding out for those mythic prices of 2005 is fool's gold.
For a related article from the Wall Street Journal online, as well as a chart of 28 major metro markets, click here.  If you do not have a WSJ online account, let me know and I will email the article to you (use contact button at top of page).

*  Quote is from a poem by Langston Hughes.

More in this category: « Weak dollar drives strong numbers to real estate web sites Some cities made for walkin', some not »
back to top
Back to Top