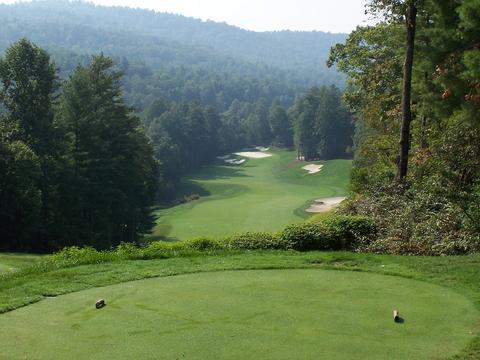 Financial risk is low when you buy into a stable, mature community like Champion Hills in Hendersonville, NC.  But don't expect a windfall either.


On March 20, I wrote here about one of our readers who had invested in three lots at The Coves, a new community in the foothills of the Blue Ridge Mountains of North Carolina.  That is quite an investment in a current environment fraught with risk but also the potential for reward.  I asked him the other day how he balances the risk/reward equation.
He admitted it is difficult.  Tolerance for risk, he said, is a function of age, or how much time you think you have on this side of the veil.  Under 30, he says,

If a developer has five projects, three of which are in North Carolina, "you can bet he is still seeing some cash..."
and you can afford the risk.  Over 50, and you should "buy in Champion Hills," a stable community in Hendersonville, NC, with a nice Tom Fazio course.
Our friend, who is a real estate agent in Florida, says the trick is to minimize risk.  Developers are bonded for infrastructure, such as roads, and therefore the bare necessities get built even if the people behind the community go belly up.  But be careful, he advises, of those communities whose amenities are almost entirely manmade.  (See my own advice yesterday about purchasing in communities that offer amenities you won't use.)  In other words, if the community has a major river that runs through it, or a big lake, "the project will get picked up by another developer."  Such natural amenities are a scarce resource, and it is likely the second developer will purchase the project at a bargain (typically for the debt of the first owner).
One other way to minimize risk is to do considerable research on the developers.  Avoid the no-name developers with zero track records, but also look carefully at the experienced developers' portfolio of communities to assess how their existing communities are doing in terms of sales, buyer satisfaction and the other ingredients of successful projects.  Our reader advises that if a developer
If two or three phases of the community you are investigating are sold out, but the roads and other amenities aren't in, be afraid.
has five projects and four of them are in Florida, chances are he is hurting for cash and might be staring at problems in his latest development.

On the other hand, if a developer has five projects, three of which are in North Carolina, "you can bet he is still seeing some cash and is probably the safer of the two developers."  I don't disagree with the Florida vs North Carolina comparison; my experience is that most of the migration direction between the two is Carolina bound.
So how else do you tell if a developer is in trouble?  First, our agent friend says, if two or three phases of the community you are investigating are sold out, but the roads and other amenities aren't in, be afraid.  Second, he says, massive incentives are also a sign that the community may be in trouble.

And, finally, if you return to look at a community after six months and see no visible signs of property improvement, sniff the air.  You may just smell the unmistakable odor of desperation.

More in this category: « Oceanfront properties a metaphor for housing market Foolish things to avoid when looking for property in a golf community »
back to top
Back to Top