The south comes north for a weekend
Sunday, February 17, 2008

The south comes north for a weekend 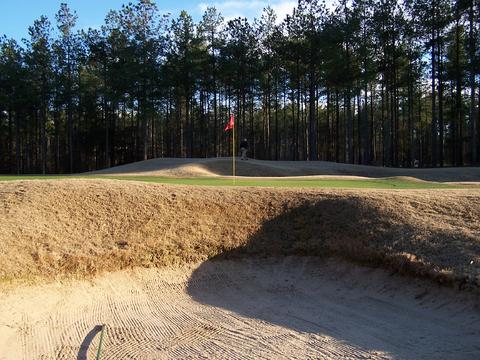 The sweet spot for home prices in Aiken's Cedar Creek Plantation is under $400,000.  The Arthur Hills golf course gets a lot of play but is a bargain for members.


You wouldn't know a housing crisis is upon us or a recession looms by the crowds at the Live South real estate show yesterday in Greenwich, CT. Exhibitors representing more than 70 residential communities in the south didn't have much downtime during the two hours I spent at the show early in the afternoon.
Live South is a great way to collect a lot of brochures and information about specific communities but, like most "bazaars," everyone thinks their product is the best.  Until you visit, you won't know how the golf course plays, the proximity of the houses to each other and many of the other nuanced information brochures can't tell you.  If you are interested in visiting any communities in the south, please let me know and I will be happy to put you in touch with a real estate agent in the area of your choice who can help you understand what the brochures and salespeople don't tell you.  There is no cost or obligation.

Here are a few observations from my visit to the Live South show yesterday:


Residents of Northern New Jersey, Detroit and Boston will have an opportunity to visit a Live South show over the next few weeks.  The schedule is:  Parsippany (NJ) Hilton February 22-24; Troy (MI) Marriott February 29-March 2; and Burlington (MA) Marriott March 7-9.  Visit LiveSouthShows.com for more information, including how to secure free tickets.

More in this category: « A way to buy yourself a giant COLA* Boomers or bust: Will largest generation save the housing market? »
back to top
Back to Top