Boomers or bust: Will largest generation save the housing market?
Friday, February 15, 2008

Boomers or bust: Will largest generation save the housing market? 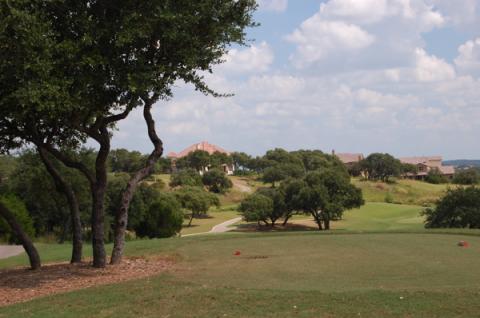 Home prices in communities like Falconhead near Austin, TX, have held up because of job growth at companies in the area and Austin's popularity with retirees.


I reconnected yesterday with an insurance agent I hadn't spoken with in 25 years.  Alan sold me disability and life insurance policies back in the early part of my career, but circumstances change, and now I am looking to either convert the policies or just let them lapse.  I called him to discuss my options.
In the course of conversation, we got around to the current housing market, and Alan said an interesting thing:  "I don't think people can go wrong buying a retirement home, even now."  Noting popular places like Miami, San Diego and Las Vegas, whose housing markets have tanked, I suggested that some people could have gone very wrong if they had bought there three years ago.  "Look," he replied, "this baby boomer

"I don't think people can go wrong buying a retirement home, even now," Alan said
generation is so big and so ready to retire to a new lifestyle that you really can't lose value over time in any of the retirement areas."
Alan went on to explain that he had purchased a second home in Tampa, FL, a few years ago and runs his business from there and from his Long Island, NY, house, splitting his time pretty equally between both.  He is 61 now and plans to move south permanently in a few years.
Alan works with many baby boomers at or nearing retirement, so his feel for market trends is worth considering.  First, and most obvious, numbers are on his side.  The 75 million or so boomers, arguably the wealthiest generation in history, are between the ages of 46 and 62.  Sure, some will stay put in retirement especially if their homes are paid off and their kids and friends are nearby.  But many more, like a couple from Ohio I am working with, would rather play golf than shovel snow in February and, anyway, their children and some of their friends have moved away.
Second, and perhaps more important to the argument, is that this generation is self possessed, selfish really.  I can say that because I am a member of the tribe.  We have always wanted what we wanted and when we wanted it.  And whenever we have latched onto something, as Alan, a leading edge boomer, argued, "prices have always gone higher."

Remember when water from the tap was good enough and safe enough for us all?  Then we had the great

Asheville and Austin prices increased in double digits over the last year, according to Money.
notion that spring or purified water in a plastic bottle from God knows where was better, and we were willing to pay $2 per swig for the privilege.  Walking, jogging and bicycling have always been great and free ways to exercise, but we got it into our heads that stationary bikes and treadmills were more convenient, bugger the cost.  (Side note:  Anyone want to buy a like-new Nordic-Trak cheap?  I paid $500 for it and used it twice in 10 years.)
There is certainly some evidence in southern real estate prices to support the contention that baby boomers are having a salutary effect on the markets.  A number of areas I have visited in the last couple of years are seeing almost housing-boom type price increases despite housing-bust conditions in the rest of the country.  In December, a Money magazine article indicated that Wilmington, NC, had seen a 9.2% increase in real estate prices over the prior 12 months.   Asheville, NC, was even higher, at 10.9%, and Austin, TX, close with 10.8%.  Richmond, Charlotte and Raleigh also showed strong price increases.
For sure, job growth in these metropolises was probably more important to prices than were retirees.  Demand for homes there, especially new ones, has been high, and retirees have filled a more supplementary role in terms of real estate purchases than a primary one.  But with the brakes now being applied to
Boomers may begin to effect more of a stabilizing role in southern real estate markets.
hiring at large companies, and some even beginning to lay off employees, we may see the boomers assert an even more important, stabilizing role in southern markets...if they can get past a psychological price barrier regarding their current home.  Some of us are having trouble reconciling that our homes are worth 10% less than they were just a year ago, even though some of us are still way ahead of our original purchase price.
I think of a couple living in the Boston metro area whose heart has been set on a retirement in Asheville, NC.  Last year, homes in some areas of the Boston market depreciated 5% while in Asheville they increased 10.9%.  More of the same in the next few years, and our Boston couple might be priced out of a home in Asheville or have to settle for a much different one than their sights are set on.

If your hearts and minds are set on moving south, don't hold out for the last dollar on your primary home.  Deal with the fact your home is likely not worth what it was last month, let alone last year or two years ago.  Accept any fair offer before the spread between your eventual selling price and what you will have to pay in the south a few years hence widens beyond your ability to pay the difference.
The harsh but appropriate old line from the stock market is worth repeating here:  "Pigs may get fat, but hogs get slaughtered."

Note:  I am currently working with a few couples to identify the  areas and communities that best match their lifestyle criteria.  If I can help you, please send me a note.  There is no cost or obligation whatsoever.

More in this category: « The south comes north for a weekend The romance of golf communities »
back to top
Back to Top