Golf in the Carolinas: You Want Hush Puppies With That?
Wednesday, December 10, 2014

Golf in the Carolinas: You Want Hush Puppies With That?

There are no adjacent two states in the U.S. with a better combination of barbecue joints and good to excellent golf courses in close proximity than the two Carolinas. With a total of about 550 restaurants serving pig meat pulled and chopped and sauced in a multitude of ways, and more than 1,000 golf courses, North and South Carolina offer a grand buffet of golf and 'cue.
If you love barbecue and you are searching for a golf home in the Carolinas, you can have both, and within an easy ride of your new home. Here's our rundown of some of the best combos of golf community living and barbecue, with a few brief notes on each (some of the recommendations and comments about the barbecue were supplied by our local real estate agents). If you would like more information on either, or an introduction to our local golf community and barbecue specialist, contact me:

With Tom Fazio and Rees Jones golf courses, home styles ranging from Charleston row house to expansive mansion, and proximity to both Charleston and the rapidly growing town of Mt. Pleasant, Daniel Island will appeal to golfer and urban lover alike. For pork lovers, Hometeam Barbecue will appeal for its "rustic, casual feel in a beach setting. Best barbecue in town," according to Daniel Island agent Rick Horger. Beware of The Hometeam Gamechanger, a drink that carries a warning that strongly implies you should have a designated driver with you. 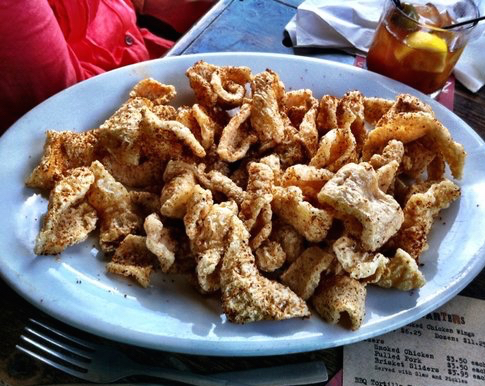 The course that Jack (Nicklaus) built plays through live oaks and between yawning bunkers on the front nine, then explodes out onto the marsh on the finishing nine. The community, whose condo homes begin in the low $100s and single-families in the high $200s, is gated, but the golf course is open to the public. The local public loves Hog Heaven for its low-priced buffet, decent pulled pork, collards, banana cream pudding and, most of all, the best fried chicken you will find anywhere. (I have the beltline to prove it.) 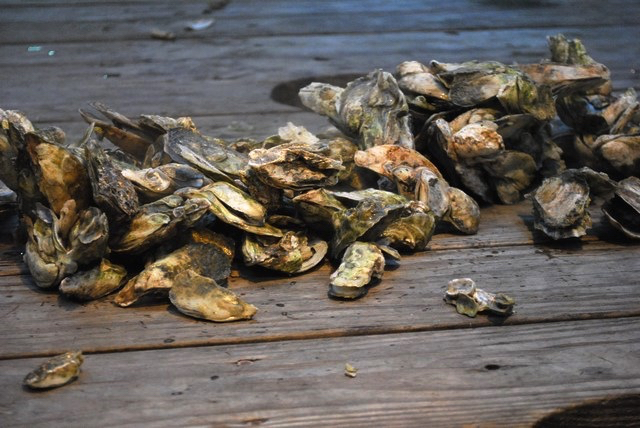 Although famous for their fried chicken and pulled pork, Pawleys Island's Hog Heaven slings the oysters at night.

Nicklaus again, this time 27 holes worth, at the beautifully landscaped Governors Club, whose roads dip and rise amid beautiful rock outcroppings a few minutes outside Chapel Hill, home to the University of North Carolina and a sophisticated college town vibe. The vibe at Allen & Son, located in the V of intersecting rural roadways, is unpretentious and focused on the ample portions of flavorful pulled pork. I was so impressed during my first visit that I took a pound to go for the ride back to Connecticut; the helpful staff was happy to load me up with ice.

In the spirit of full disclosure, I have not visited Cypress Landing but it has a solid pedigree, what with the respected Bill Love and Ault Clark and Associates as the course designers, and reasonably priced real estate located beside the inner banks of the Albemarle Sound. The community has been around for almost 20 years, certainly a sign of stability and, frankly, there aren't many other golf communities in the area to compete. I do know Hog Heaven -- unrelated to the Pawleys Island joint -- after a fortunate stop my buddy and I made there during a recent one-week southern golf trip. We spent a good chunk of the rest of our five hour drive talking about the size of the dinner platter, the quality of the pulled pork –- not too dry, not too wet, with just a hint of vinegar that married perfectly with the porky taste -– and the ridiculous price, just $10. The accompaniments were excellent too.

You might suffer the bends going from the upscale Walnut Cove to the ultra-casual 12 Bones, but you won't suffer from being underfed. 12 Bones vaulted onto the barbecue map after President and First Lady Barack and Michelle Obama visited the compact Asheville location during his 2008 campaign and, again, in 2010. The Prez loves his 'cue, and the repeat visit implies that the ribs were too finger lickin' good to try trolling for votes in a different restaurant. After my own lunch in the Asheville location with friends from the area, 12 Bones gets my vote.

You can gorge on golf at Landfall, with its 45 holes of Pete Dye and Jack Nicklaus golf, and then do the same at Jackson's, an institution in the area for its pulled pork and ribs served at reasonable prices. Wilmington is a magnet for movie productions, and films like "Weekend at Bernie's" and dozens of others have been shot on location there. Apparently many of the movie stars as well as other sports and entertainment celebrities have made it to Jackson's Big Oak, judging from the restaurant's large Wall of Fame.

Wanda Reed, our real estate expert and resident barbecue maven in the Greenville area, says this is the go-to barbecue place for residents of The Cliffs at Mountain Park and Glassy, as well as Cliffs Valley. Huntin' reels in a mixed bag of barbecue lovers, with local and visiting golfers, Furman University students, high school prom couples and local construction workers chowing down together on the Camp's famous ribs and hash. 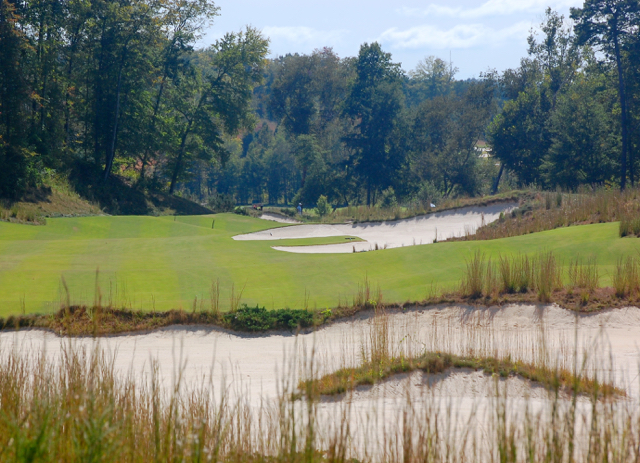 Within minutes of finishing your a round at Gary Player's highly rated design for The Cliffs at Mountain Park, you can be teeing off on some great barbecue just down the road at Huntin' Camp Bar-B-Q.

Greenville Country Club's two excellent 18-hole golf courses, ranked highly by the South Carolina Golf Rating Panel, are separate facilities, but local lovers of the pig are united about Henry's. With a pork plate, mac & cheese and sweet potatoes that are off the charts, and some of the best sweet tea in the state that invented it, Henry's shows that there is no class distinction when it comes to great food, especially at lunchtime when the tables are crowded with suits and dresses filling up on some of the best barbecue in the South.

With the only Tom Fazio designed golf course in the Columbia area, and a mature, financially stable community and club, Woodcreek is among the most popular golf communities for local retirees and professional like lawyers and doctors. The nicely landscaped homes surround the golf course but never encroach, and the clubhouse is warm and comfortable, not stuffy. When the urge for barbecue is upon Woodcreek residents, they head for Lil Pigs and its "All you care to eat buffet." The barbecue master at Lil Pigs could qualify for a degree in chemistry, given that the 'cue is half ham, half shoulder, hickory smoked, then pulled apart, set in sauce overnight and then smoked again to heat it back up. And don't worry about being force fed one of the three sauces Carolinians war over –- Lil Pigs offers all three. 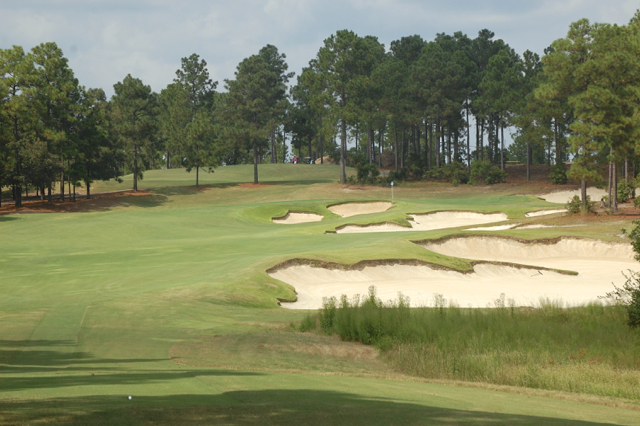 The Tom Fazio course at Woodcreek Farms is no pushover, and no push is needed for residents to seek some of the best 'cue in the state just a few minutes away at Lil Pigs.

Okay, so the distance from golf community to barbecue joint is outside our stipulated range of 20 minutes; it's not your fault if you live on the other side of the lake from Hudson's. Timberlake is an under-promoted golf community that has the benefit of that sprawling lake and a location barely 35 minutes from the state capital and college town of Columbia (University of South Carolina). Willard Byrd designed the golf course, and seven of the holes play up against the lake. Rated one of the best joints in a state that has plenty of them, Hudson's menu covers a wide range of southern staples, including fried catfish, pork skins, of course barbecue (brisket and pork) and even a "brisket egg roll" (chopped brisket, cabbage and jalapenos).

More in this category: « Golf writer makes up interview, wakes up sleeping Tiger Our First Annual Golf Community Awards, the Hotsies »
back to top
Back to Top