For those who think all golf clubs are in trouble, get in touch with the membership chairman at Black Hall Golf Club in Old Lyme, CT, and ask what it will take to join the 44-year old club.  “About eight years,” he’ll respond.  That is the length of the waiting list at a golf club so purely about golf that the 19th hole is a 10-minute car drive to a local saloon.

There are just two ways to play Black Hall; either become friends with a member who will invite you, or be lucky enough to be part of an outing at the club.  As a member of the Junior & Senior Golfing Society of Connecticut, whose members get to play four of the Nutmeg State’s private golf courses each summer, I was able to take the outing route on Monday (and because it was a private party, post-round libations were available on the stone deck in front of the unpretentious but comfortable clubhouse). 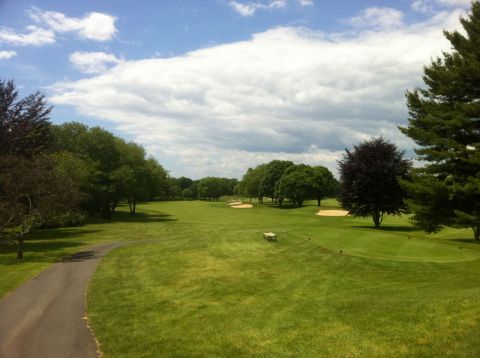 Designed by Robert Trent Jones Sr and opened in 1967, Black Hall doesn’t play long; we played the white tees at 6,242 yards.  But head back to the tips (6,656 yards), and some of the tee boxes in front of you seem like green airport runways (and block partially the views of the sloped fairways beyond).  The turf conditions were excellent from tee to green, and although the bent grass putting surfaces showed signs of aeration about two weeks earlier, the only consequence was that putts did not break quite as severely as they looked on the contoured greens.  Otherwise, the rolls were pretty smooth.

The layout features a number of doglegs that tempt the big hitter to fly a few bunkers and many trees.  A few times our foursome hit what we thought were outstanding drives that bounded through the fairways and into the gnarly rough.  Elevated, well-bunkered greens tended to neutralize the effects of the relatively short layout, making even wedge shots enough of a challenge to force some serious thoughts about playing to safe parts of the green, rather than at the pins.  In a few weeks when the greens superintendent can shave the putting surfaces with confidence, any approach shot left above the holes will almost guarantee a three-putt.  The only quibble with course conditions were the bunkers, whose sand was a bit inconsistent one to the next.

I wanted to enjoy the course without the pressure of too much picture taking, so I did not bring my camera bag.  However, I was able to snap off a few pictures from my iPhone.  I hope they give you some idea of the Connecticut classic golf course that is Black Hall. 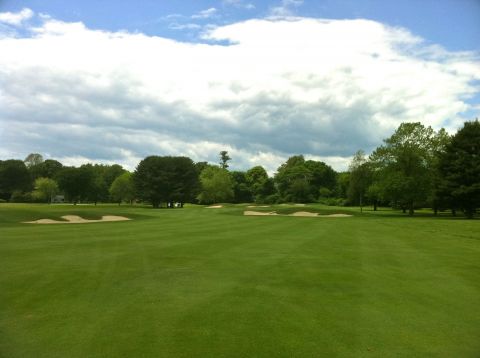 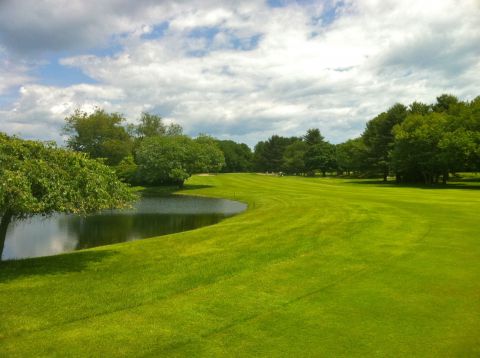 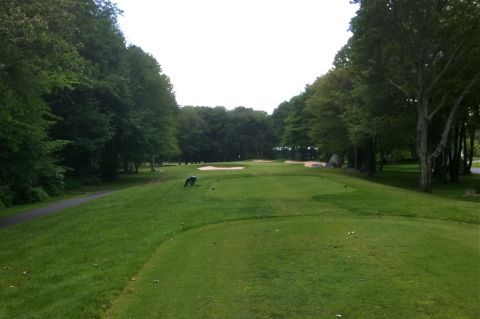 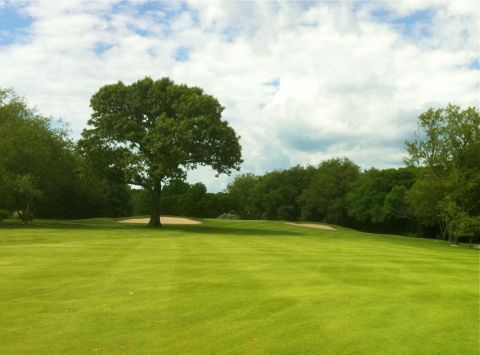 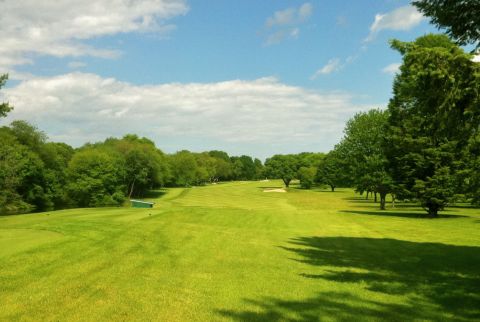 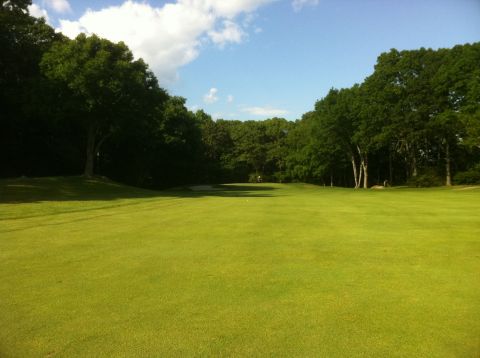 More in this category: « The Twain Meets: June issue of Home On The Course publishes next week Wall Street Journal says “It’s Time to Buy” »
back to top
Back to Top